Baseball enthusiasts know the correlation between pitching greats including Sandy Koufax, Warren Spahn, Cy Young, Randy Johnson, and Clayton Kershaw. The major league greats on the mound dominated opposing hitters as southpaws, another word for being a left handed pitcher. While not up to major league status to date, Weston Rouse is creating an air of excitement and expectation on the mound for the Fort Gibson Tigers.

When the 6’6 sophomore takes the hill, opponents already know they’re facing a challenge as Rouse has already posted a 13-strikeout performance as well as having tossed a perfect game. Rouse is part of six-man Tiger pitching staff that includes Grant Edwards and Hunter Bridges who have both thrown no-hitters and the added talents of freshman Wyatt Pierce plus Cole Mahaney and Jaiden Graves. This starting pitching corps has helped the Tigers get off to a 20-2 start.

“Weston is a competitor who is very mature for a 17-year old. He understands the situation when he’s on the mound,” said head coach Gary Edwards. “He’s got the ability to control his pitches and find the hitters weaknesses.”

Known in the Tigers’ dugout as “Sheck Wes” Rouse, whose go-to-pitch is his 86mph fastball, is convinced there are many advantages throwing left handed.

“It totally changes what hitters have learned about ball flight,” explained Rouse. “The angle of the pitch is totally different which makes it hard to pick up.”

Having played baseball since age five, the Tigers ace started playing right handed in the boys and girls club in Tahlequah.

“It was love at first sight for me with baseball since my first experience in T-ball. But the ‘career change’ to playing left-handed, I think, has made everyone happy.”

Touting the proven example of Clayton Kershaw as his favorite “lefty,” the Tigers hurler explains his mindset when on the mound.

“The toughest thing isn’t throwing the ball past people. It’s the focus you have to maintain, being able to focus on the next pitch after you mess up because mistakes happen,” Rouse said with confidence. “Staying focused and keeping great body language no matter what’s going on around you helps the team as a whole.”

When he’s not on the mound, Rouse is a big target to throw to playing first base just like in football where he plays tight end for the Tigers.

Describing himself as competitive, loyal and dedicated, Rouse explains his commitment to getting the job done.

“My dad (Brant) has inspired me to be who I am today because of how hard he’s had to work to get where he is today. And my mom (Jennifer), I can hear her words of advice all the time. Put God first and be willing to outwork everyone,” said Rouse.

Posting a 4.2 GPA in the classroom, Rouse admits his favorite subject is math.

“I like it because everything is black and white, while English has too many rules,” he said.

And while baseball has its own rules, for Weston Rouse the answer for success is simple.

“Go out and compete, throw strikes and stay confident knowing my defense will pick me up. The rest will solve itself.” 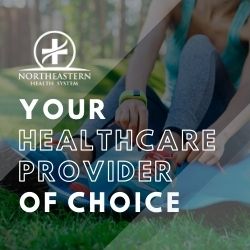